There is this thing that most people have when they drink. It is the thing that says, “You’ve had enough. It’s time to stop.” I do not have that thing.

It took me a really long time to realize that I don’t have it. Going out and drinking was fun and after a few drinks I became the extrovert I always wanted to be. I would keep drinking thinking I was ok and then it would hit me all at once. Unfortunately, I am not one of those people who just fall asleep after having too much. I get sick. It has caused more embarrassment in my life than I’d like to admit.

As time passed I began to notice that even though I was properly taking my medication the after effect of drinking too much wasn’t always just a hangover. I noticed that I could be depressed and agitated for up to three days after. Three days of feeling like utter crap.

I will also add that it has affected more than one romantic relationship. Ex-boyfriends would beg me not to go over my limit and when I did it would lead to fighting and screaming. Imagine being completely inebriated and trying to justify drinking however much you wanted to. “I’m just having a good time” – right? I would then try my best to make a deal… “Just tell me to stop when I’ve had too much.” Do you think that worked? Do you think that in the midst of my “good time” I was receptive to this advice? Cue more fighting and screaming.

Early last summer I geared up for a night out after work. Naturally, I didn’t stop when I should have and I got sick in my car (I was not driving) on the way home. The next morning when I was leaving for work I didn’t remember the extent of what had happened the night before so I didn’t know that I should have made time to clean my car beforehand. That hot summer day I had to drive to work and back in a smelly car. I was so embarrassed. That is when I decided that I was done.

I have always felt that if I can’t do something responsibly, whatever it is, that I shouldn’t do it at all.

After 103 days without alcohol I decided to ease back in. I was scared to consume too much so I only had one drink. I thought that meant my experiment had worked. I finally had that thing that tells me when to stop. Nope. I gradually began pushing my limit each time I drank. By the time Christmas rolled around I was right back to making irresponsible decisions with my alcohol consumption and what did that result in? I’m sure you can guess.

January 13, 2019 was the last time I had a drink. After really evaluating my personal pros and cons I decided that I had to intervene in my own life. I have always felt that if I can’t do something responsibly, whatever it is, that I shouldn’t do it at all. It was time to take my own advice, so I decided to give up alcohol all together.

I do not need anything in my life to encourage more impulsive behavior.

Alcohol gave me courage and covered up my insecurities. For me it wasn’t just a beverage, it was a drug that gave me a high. However, because of my illness it could also lead to risk taking behaviors that I wouldn’t normally engage in. Not to mention that afterward I would feel depressed, ashamed and plain stupid. It also impaired my ability to sleep. Even a nightcap would keep me from getting proper sleep which in itself is unhealthy for someone with Bipolar Disorder. I was riding a dangerous rollercoaster of hypomania and depression… and then barely sleeping. It was exhausting.

While I am introverted and shy I am also an impulsive person, which I honestly believe is more than a personality trait. I believe that it is a byproduct of my Bipolar Disorder. I do not need anything in my life to encourage more impulsive behavior. In the past seven months I have gotten my nose pierced, gotten bangs, colored my hair and gotten another tattoo. I thought longer about some of those decisions than others, but most of them were impulsive. Luckily they didn’t impair my ability to operate a vehicle, cause vomiting or involve someone having to babysit me.

Then there are the labels on my medication which explicitly tell me to not mix them with alcohol. It can make them lose their effectiveness, cause drowsiness and mood disruptions. My post-drinking drastic mood changes were the perfect example of what I was supposed to avoid. For many people with Bipolar Disorder the effects of alcohol are less painful than the symptoms of the illness. I am not unfamiliar with this, but I now know that for me taking my medication, utilizing therapy and going to a support group give me a functional, fulfilling life. While a low-level of alcohol might not be problematic my inability to limit myself is.

“Sober Sarah” is blooming and the persona formally known as “Fun Sarah” (Who probably wasn’t as fun and charming as she thought she was) has retired.

When I think back throughout the years I realize that I have had some really scary moments involving alcohol. The fact that nothing awful ever happened to me in those moments is nothing short of a miracle. That makes my decision an easy one.

If you had told me fifteen years ago that I would become teetotal I would have laughed in your face. I probably would’ve said that I could never be that lame. Well, I am still very much my awesome, not lame self. In fact, I’m a clearer more Sarah-ish version of Sarah. “Sober Sarah” is blooming and the persona formally known as “Fun Sarah” (Who probably wasn’t as fun and charming as she thought she was) has retired. Besides, I’m definitely more fun when I’m not vomiting. You feel me?

Everyone’s story is different. I cannot tell others what to do and I’m not in any way trying to. This is simply my story and what I feel is best for me. After receiving my diagnosis I never even thought to consider how drinking alcohol might affect me or my medication. Making this decision proves to me that I had not accepted my diagnosis as much as I thought I had. It’s been more than a decade and I am still learning the multitude of ways that this illness affects my life. I’m just trying to make the best choices I can for myself.

As C.S. Lewis so wisely stated, “You can’t go back and change the beginning, but you can start where you are and change the ending.” I think I’m off to a pretty good start. 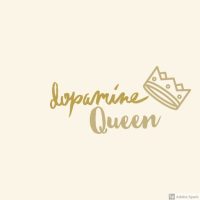 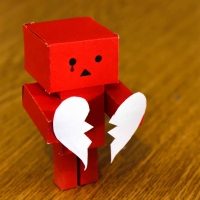 I will be 3 years TeeTotally Awesome onJanuary 14, 2022
8 months to go.
Follow My Beautiful Brain: A Journey to Mental Wellness on WordPress.com

How to prevent & cure

Listen to your inner self..it has all the answers..

Musings, rants and philosophical viewpoints of a wannabe writer.

whatthehelliswaterblog.wordpress.com/
Road to a Healthier Life
This Girl's Got Curves

A navigation of the bipolar life

The Heart of Home Entertaining

Find a Way to Glow

Be the voice they don't have.

My Life, My Children vs. The World

Healthy Life To The Fullest

Under 30 and getting divorced...my journey

An Exploration in Reviews of Free Books As Pain Relief

Learning to be my Authentic Self

Journey along the Beauty of Depression